Brigid of the Mantles - Devotion to the Goddess. 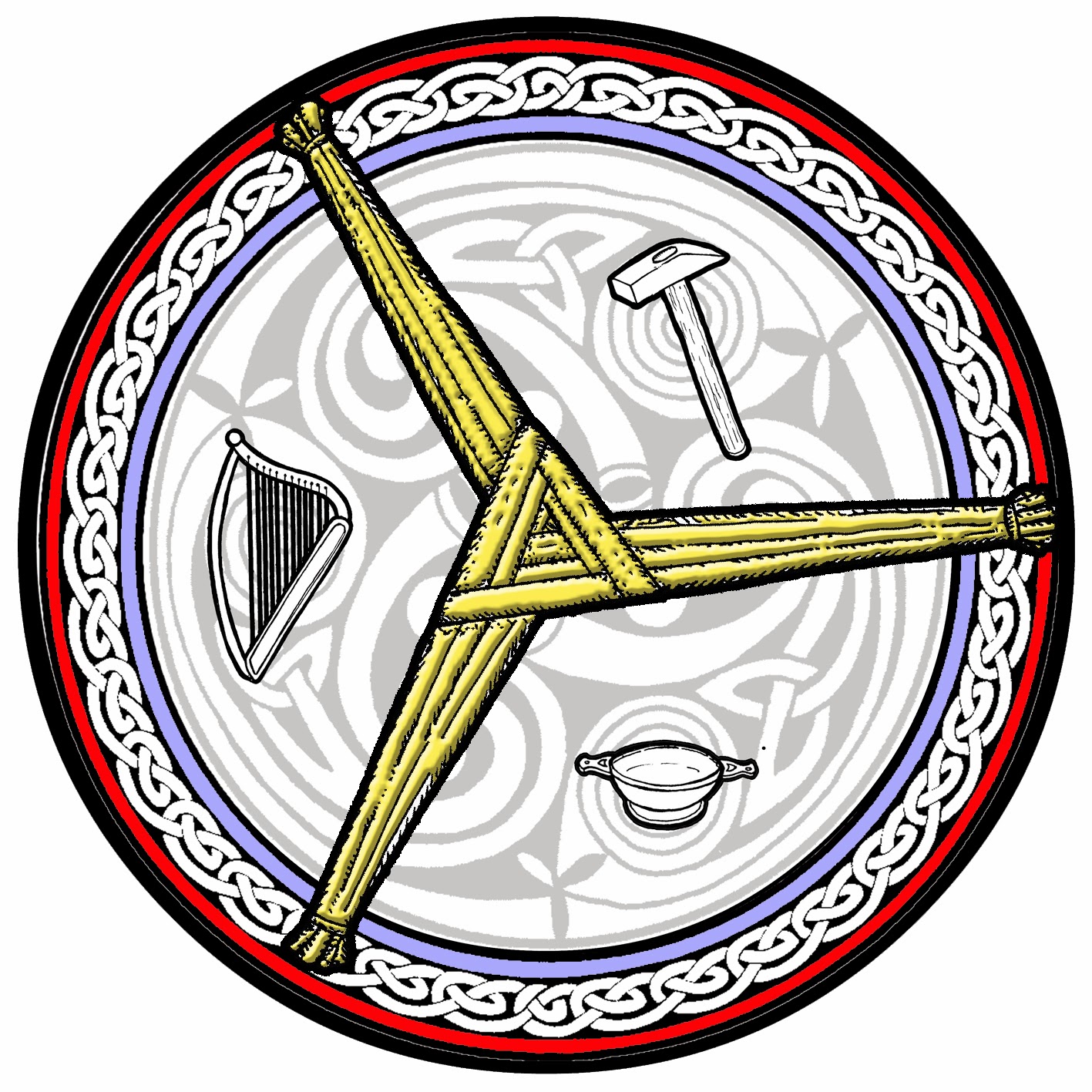 Brigid is the chiefest god of our house, it is fair to say, without slighting in the least several others. For both L and I Brigid became a patron before we found our  way to Our Druidry. She has protected us and blessed us, we proclaim, at many turns of life.  Together we have developed and worked a series of more esoteric rites with the Goddess that have deepened and focused our personal work.

We've been feeling the juice here at the house. Locked down hard by winter, we've been feeling Brigid's shoulder-tap. We have ritual work planned for the immediate feast-weekend, including our big public offering in the park. For those it is customary for folks to bring an offering of song or poetry. I've been asking for new material, and this week has provided some.

This is a simple devotional song, set to a well-known irish aire with the well-suited name of 'Brigid O'Malley'.
This is just a scratch-track recorded at my desk, but I want to get it out there, and I neither write nor read music, I fear. I offer it to be sung in Her honor, and may we all have blessed season of purification, sustenance and renewal.

The Winter is passing, though ice is still clinging
To bough and to hillside, but your hearth is warm
With clan and with kindred we come to you singing
O Brigid of the Kindness to keep us from harm

The Fire of inspiration, that shines in the poet
Burns too in the forge and the Healer’s kind hand
The wondrous transformation, of loving and knowing
The gift of the Goddess in Sea, Sky and Land

O Brigid of the Mantles, you make my heart easy
With a wondrous admiration I come to your shrine.
My heart in exaltation, I call to you sweetly


That your healing and blessing, be on me and mine.
Posted by IanC at 9:04 AM 5 comments:

OK, I’m a hippie. Or I would have been, if I was just 6 or 7 years older. By the end of the Viet Nam war ‘Hippie’ had been declared dead and buried since 1967. Us high-school kids (I was 18 in 1973,
the year the draft ended) of a certain long-haired, anti-establishment sort called ourselves ‘Freaks’. So, really, I was a freak, not a hippie.

I’ve spent my biologically ‘adult’ life focused as firmly as life allows on art, music, organizing and spiritual practice. I’ve had to keep a job throughout, though I’ve opted for low-rent work that doesn’t bother me when I’m not doing it, so that I have mental space for my personal efforts. My serious lovers and life-partners have been partners in the art-and-magic as well. Certain character weaknesses may have kept me from being more artistically ‘successful’ in the common way, but I’ve produced a body of work that pleases me, and if I get another 20+ years I’ll surely produce more. I’ve done it without adopting the suit-and-tie hypnosis but while participating in a good deal of the world of adult social life – mortgages, management and the like. It has not crushed my spirit.
There is an ongoing discussion about the value and meaning of institutional Paganism. Usually the 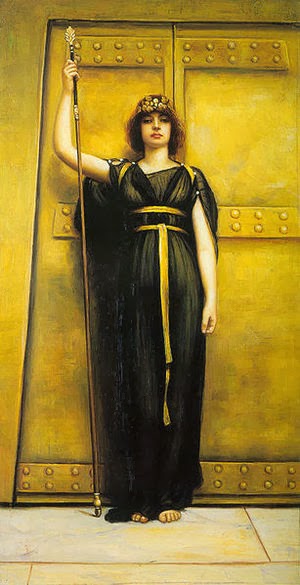 desire for property, physical worship spaces and ongoing local Pagan programming is contrasted with the freedom of spiritual renunciation and living in freedom. Some of the objection is simply concern that spiritual mission will get lost in the minutia of operations. There is also a more philosophical objection, in which an image of ‘witchcraft’ is offered that places the magic-user outside of society’s limits – a sort of combination of the Indian Sannyasins, Tantric sorcerers and western Satanic Witches.
I dig that. Magic is juicy when it is part of Forbidden Knowledge, and there is personal power to be gained in stepping outside the safe zone and standing firm. Even in the ancient Pagan world the magician or sorceress was a figure at the edges of Hellenic society, though maybe not so much so in Vedic or Celtic lands. However the other end of traditional magic and ritual was worked right in the center of personal life; the rites of temples and home shrines, invoking the gods, offering to the Dead, divining and charming for small things, consulting professional spookers for spooky stuff – all normative, and all part of ‘religion’, as it was loosely understood. 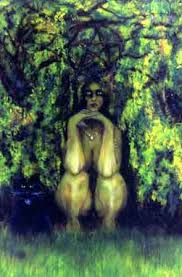 That’s the front-end of a magical culture which I am interested in helping to restore to the west. Despite life-long fantasies of conjuring the Green to crack the concrete façade of the sleepers I find myself working to establish Pagan temples and public worship, and design ways in which occult skills can be brought into the lives of people with no particular time for or interest in learning them for themselves. My vision is of Pagan temples where the Fire of Magic burns, and modern people have access to vision, devotion and teaching.


I haven’t given up on the other side of the work. Here’s the thing – antinomianism is only as powerful as the Law it pushes against. Where I live the general spiritual atmosphere is one of apathy. There is no serious devotion to Christian values in my local culture, in terms of sexuality, commerce or social duty. Tell modern kids that they can join an orgy-cult and they’re like, “Hmmm. Orgy cult… what am I doing Friday night?” When the sense of shock is gone, antinomianism is less fun.
In fact, for a lot of modern hipsters commitment to growing an institution might be more psychologically revolutionary than individualist seeking. Many of us grew up with individualism, iconoclasm and skepticism as norms. Whether we learned them from our families or adopted them from elsewhere, many of us have long accomplished the work of cutting ourselves free of the values and expectations of mainstream culture to one degree or another. For us it may be more of a conscious effort to decide to devote ourselves to a group project whose goal isn’t focused on the self. To choose to identify with a group even if it isn’t as cool as we wish it could be, to commit to both sweaty material effort, financial participation and even ideological mutuality might seem like the worst sort of ethical compromise.
Doesn’t that make it valuable as antinomianism?
It seems to me that establishing a main-street normalcy for the more simple end of occult practice will provide a cultural background within which wilder systems can grow. The renunciate often needs the temples to shelter her, both physically and ideologically. Public, family-picnic religion (sweet as it is) could be

contrasted with more private mystery rites that lead us away from common norms. Private teaching of occult arts could be sheltered within socially-protected shelters with cool ritual rooms and gardens. The possibility of antinomian and other radical self-targeted work could be greatly enhanced.
Back in the day we used to worry that we would be tempted to ‘sell out’ – to trade our birthright of freedom and creativity for the bead-strings of suburban life as we saw it before us in the 70s and 80s. However, as time went by, some of us developed a bit of personal juice – some resources, financial or personal. We began to realize that we might be able to buy in to the larger society, while maintaining control of the transaction.
Perhaps this is a metaphor for the way the magical understanding of the Pact with Spirits has changed. As a kid I learned that any ‘deal’ with dangerous spirits was a bad idea. Today many of us think that dangerous is often where the power is. When we make deals with ‘devils’ we hold firmly to our own sovereignty even as we bargain in good faith with powerful forces. It is just as reasonable to make a deal with the devil of modern society, to buy in and get one’s box-full of useful crap.
This requires the magical skills of the shapeshifter, of the cloak of invisibility and the Essence of Look-Over-There. It involves just walking into Mordor, for many of us, as we pass through the gates of the corporate hell-worlds where so much treasure is stored. But the treasures we take away can be employed in the work of re-enchantment. It is rather satisfying to subvert traditional values using the very substance of the inhumane system.
I’ll conclude with a pitch – even if you’re a wild, naked, animal-sacrificing, gender-indifferent woods-witch, it is valuable to support local Pagan organizing and help to build institutional Paganism. Apply your shape-shifting skills, assemble some resources and go help, or at least tell your local Pagan priestesses how you can be reached, in case someone needs a dose of the wild. If we are firm in our understandings of virtue and confident in our own power we can avoid being ‘polluted’ by our involvement with and proximity to mainstream culture. We can be beacons of the weird in the fog of common life, etc… but I’m not going there now.

Happy New Year to all! I had a quiet Yuletide, somewhat laid-down by a two-round hit of stomach 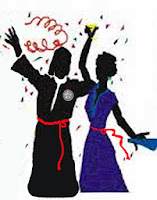 and respiratory bugs. I’m back to various sorts of work, especially this project, and preparing the first of the expanded-lesson post-Nine-Moons training courses; more on all that directly.

Here at the start of year six of the old bloggo I find myself slowing down a bit on things to say. I will be journaling a new round of ritual work with Brigid and Dagda, finishing the Cthulhu Occultism series and working on more Wisdom Way posts. There are things brewing here in terms of organizing and building, and you’ll hear some of that. Internet chat will no doubt produce occasional topics to rant about, and then there’s the Novel…

I am grateful to my readers as always. A writer writes, and the blog is a spur to my effort. I hope to average 4 posts per month for my readers – I fell a bit short of that goal last year, but I’m after it again this year. On we go, into another year of conjuring a more enchanted world. 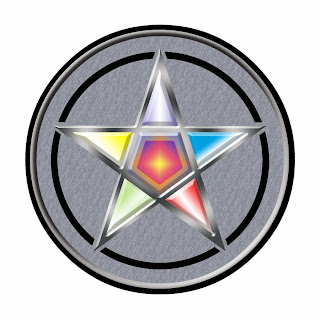