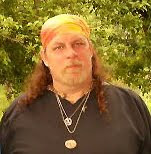 I missed the 1st anniversary of this blog, on November 7th, but I just want to wish myself a hardy congratulations for actually paying attention to this project for a full year. Since I'm still writing I'll still have stuff to post, and since I'm still a pop-culture geek I'll still find odd stuff to put up as well.
I haven't found the time for as many original essays and just thoughts-on-my-mind posts as I might have wanted. If I sit down at the web to waste time I have plenty to do. So this has mostly been notes and even full articles from the stuff I'm actually writing, with some pop culture and occasional book reviews as well. I want to do more book reviews, but too often they feel like work, not play, and I'm doing plenty of work on the keyboard these days.
Anyway, huge thanks to all those who stay subscribed and give me at least the illusion that I'm writing to somebody : ). By all means do tell me what you like and don't like. No telling whether I'll do anything about it, but I am interested.
Blessings of the USA Thanksgiving season on those who care.
Ian
Posted by IanC at 1:06 PM No comments: 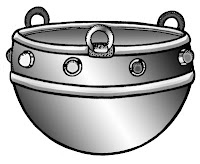 In our Druidic ritual it has long been our custom to consecrate drink as the carrier of the Blessing of the Gods and Spirits. While we often use other customs in addition to the Waters of Life, the drinking of the Blessing is the central and most traditional symbol of the receiving of the divine power. In this season of contagion our Grove has decided to begin suggesting that attendees bring a drinking vessel of their own to our High Day rites. While this has some obvious hygiene advantages, it also offers some valuable options for spiritual and magical work. It is always good to find ways to gather intimate, personal moments inside a big community seasonal rite, and the Vessel of Blessing offers just that.

The Vessel of Blessing – A Valuable Druidic Tool

I have completed writing the first draft of the first three lessons of my Nine Moons Druidic Magical Training. Those interested can, for a short time, download the PDF of these lessons at their Lulu.com storage dump. I am very interested in feedback on the structure and content of these lessons. I have already decided that they need a couple of additional things, including summaries of the work and goals for each lesson – just what do I expect students to learn from them, and which of the exercises need repeated work during the lesson-month to really build skill.
Liafal and I are about to begin the program. After some discussion we’ve decided to do it pretty much as written, in order to have as close to the student’s experience as possible. This should actually be fun for me. It has been some while since I did a truly focused round of personal work, and while this program doesn’t start with totally basic, pre-dedicant skills, it will take us back to basics on a lot of things, including enforced Open Meditation rather than exclusively visualization and energy work. We will be doing numerous rites and spells in a Druidic style, deepening our solitary skills at the Order of Ritual as well at in practical magic. It will also involve a lot more divination than I’ve done in some while – real readings, not just ritual omens.
In fact our biggest question so far remains whether the pace of the work is simply to fast for a householder keeping a common life while doing the program. Each monthly lesson calls for a full trance exercise, a work of practical magic, and a work of theurgy, along with regular offerings to the Kins, meditation etc. It’s all wrapped up in weekly ‘retreat days’ in which the student works these things into the daily schedule. Like many householders, Liafal and I will be attempting to work these retreat days, in some cases, on weekdays, fitting the activities in around our work schedules.
So, I’ll be posting some accounts of our ongoing work here. No way I’m doing my full journaling in public, that just ain’t me, but I’ll keep this blog posted on notable things. Here we go!
Posted by IanC at 6:29 AM 1 comment: