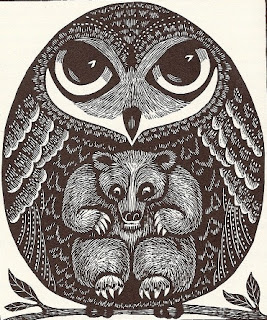 I’ve lived here for 22 years. This patch of land, bought by the wife many years before I showed up, is a bit of lake-shore wetland, in an area dominated by nursery agriculture and vinyards. The north-eastern slope of the shore of Lake Erie, where we sit, produces a delayed winter frost that extends our harvest season until Samhain, most years and benefits the grapes. It also puts us in that small zone of ‘lake effect snow’ that runs from here to Buffalo.
Our bit is actually a low spot, with drainage from built-up plantings leading to ditches. For this reason is is unsuited for nursery planting, and in fact the main meadow had to be cleared and raised, by digging a pond and using the dredged soil for fill. Other dry areas had been used for vegetable gardens. By the time I arrived, L. and I became committed to turning the place into our private park and Pagan ritual and meeting space. At first that was in context of Wicca, and her coven was privileged to have an outdoor circle throughout its tenure. In time it became Our Druidry, and we built a good temple in one corner of the place.
We’ve lit the fire here, developed various other shrines and hallows around the property, and been elbow-and-knee deep in the place for many reasons. However we have never done specific work to meet and know the spirit intelligences of and in the land. I suppose that this is the result of our evolving theory and understanding. Our experience has continued to lead us toward a spiritist approach. We are no longer so much concerned with the ‘energies’ of the land, so much as meeting the ‘beings’ that are embodied in it. As we move into this next phase we intend to use our recent magical models to gain the knowledge and conversation of the Queen of our local Court.
In this we position ourselves somewhat in a Gaelic mythic cosmos. I’m unconvinced that Iron Age Pagans had a totally animist view, in which every plant and stone has an individual spirit. Rather I suspect that they found the world full of spirits who ‘oversee’ portions of the world, a spring or glade of trees. It is my opinion that such beings were those called ‘the sidhe-folk’ by later Gaels, along, perhaps, with the souls of such of the human Dead as were fated to dwell in the land, and certain mighty daemons of the gods. In the medieval visions of the later ‘fairy faith’ the mightiest of such local spirits, or the guiding intelligence, was often called the King and/or Queen, with some preference in the lore for a female ruler.
We intend to take all that none too literally, but still to be searching for ‘the Court of the Queen’ of our bit of land. The basic outline of the work, as I conceive it, is thus:
1: Work the Welcome Charm, and seek good omens
2: Light a Claiming Fire on/for the new portion of the land. In Gaelic lore the way new land was claimed was to light the first fire upon it.
Those we will do this weekend. The next steps may be delayed by the onrushing festival of festivals in July.
3: Call our Familiars and send them, or have them send a spirit, as an emissary to seek out the Queen’s Court, and announce us. We will ask them to return in Three days with news.
4: Consecrate a meeting place or gate physically on this land as a transition-point for vision-jouneys.
5: Pass the gate into the Threshold vision of this land, and meet the Familiar on his return. See whether we can get a name of the local Chief by which to conjure, and other intelligence. This phase might involve several visions, perhaps including a general convocation of the smaller spirits of the immediate land.
6: Conjuring the Herald – a rite to call a major local spirit to act as our ‘herald’ to the Court. This may or may not involve actually calling the Queen/Chieftain as well – some will depend on the data gathered from the visions.
7: Work with the Queen – somewhere between conjuring and devotion… we’ll see.
The latter portions will be highly directed by results in the earlier portions. We will see.

Here is text for the two charms we'll work as we take possession of the new patch.
1: A Charm for Seeking Welcome
• Prepare an offering of water from your own home, including a few drops taken from your own home shrine or consecrated ritual work. Take a divination tool, as well.
• If possible, enter the area from the west, carefully survey the place, walking once deisil around it. Look for a spot in which you can be comfortable, and feel in place in the landscape. Open your Eye of Vision according to your ability, and offer the water in three pourings, speaking a briocht as your skill allows, or use a charm such as this:
The world is in me, and I am in the world
The Spirit in me is the Spirit in the world.
To you, place of beauty, place of honor,
To you (name the place) I bring this offering in peace.
From the Deep in me to the Deep in you
From my Fire to your Fire
A gift of honor, a gift of worship
in hope of your welcome
That there be peace between us in all things
Biodh se abhlaidh!
• After you have poured three times, and spoken the charm, stay for a while with your Eye of Vision open.
• Take an omen to determine whether the spirits of the place have accepted you. If the answer is no then you must depart, and perhaps try another day. If the answer is yes then you may proceed to other works in that place.
2: A Charm for Lighting a Claiming Fire
• Coming into the place of the Hallows, work the Charm of Welcome, seeking a good omen.
• Go to the four corners of the place, however you have chosen them, and there cut a square of turf, or soil. Bring that turf to your center, and with one turf or measure of soil or stone from each corner or quarter make a raised platform upon which a fire can be laid.
• This is the charm to be said as each turf is cut.
I take this turf for the work of the Hearth
That the Sacred Fire be lit,
That the Old Bargain be remade,
For the claiming of this place.
Stand fast and hear me, wights of this weald,
And I will give to you good offering.
• Using the turf, soil and stones, and adding material as desired, a firm raised platform should be made, either square or round. This might be lined with rocks for stability or decoration, but the intention is to raise the fire higher, not to contain it within walls. For a claiming fire this need not be large or permanent, but the soil can simple be spread and the fire laid.
• Let the fire be kindled with as many woods as possible from the trees of the land, or the herbs of the land, or even the flotsam of the land, so long as it is lifted from the ground, and not taken from any live tree.  If the initial kindling can be made with proper and symbolic woods, according to your understanding, that is best.
• The spark for the fire should be brought, if possible, from your own hearth. If this is not possible the fire should be lit by friction, or by the light of the sun with a burning glass. As the fire is kindled recite this charm:
I kindle this fire
In the presence of the Mighty, Noble and Shining Ones.
In the power of the Dagda, the Ruad Rofessa
In the power of Brigid of the Triple Charms.
Without malice, without envy, without jealousy, without fear,
Without terror of anything under the sun,
And the Spear of the Champion to protect us.
I kindle here upon this ground
A flame of Wisdom, Love and Power
A flame of hospitality and peace
To my foes, to my friends, to my kinsfolk all
To the brave, to the knave, to the thrall
From the lowliest things that liveth
To the names that are highest of all.
• When the fire is burning well take a small torch, perhaps three tapers bound together, and light it from the fire. Also take up a cup of meador ale or whiskey or milk, as you will. Go once deisil around the Fire, stopping at each quarter to make offering, beginning in the West. Saying:
This land I claim as hearth-land. Hear me, spirits in the (West) and receive this simple gift in token of more to come. Let there be peace between us and the (West).
And likewise, substituting in each of the directions.
When all is done, conlude with a final blessing, perhaps:
The Blessings of the Holy Ones
Be on me and mine
My blessings on all beings
With peace on thee and thine
The Fire, the Well, the Sacred Tree
Flow and flame and grow in me.
Thus do I seal the love of the land.