This is a day late, but it has been rather a busy weekend. I'll have a post about that later. In the meantime it is not at all too late to make your peace with the spirits in the Grain, and perhaps this charm can help. 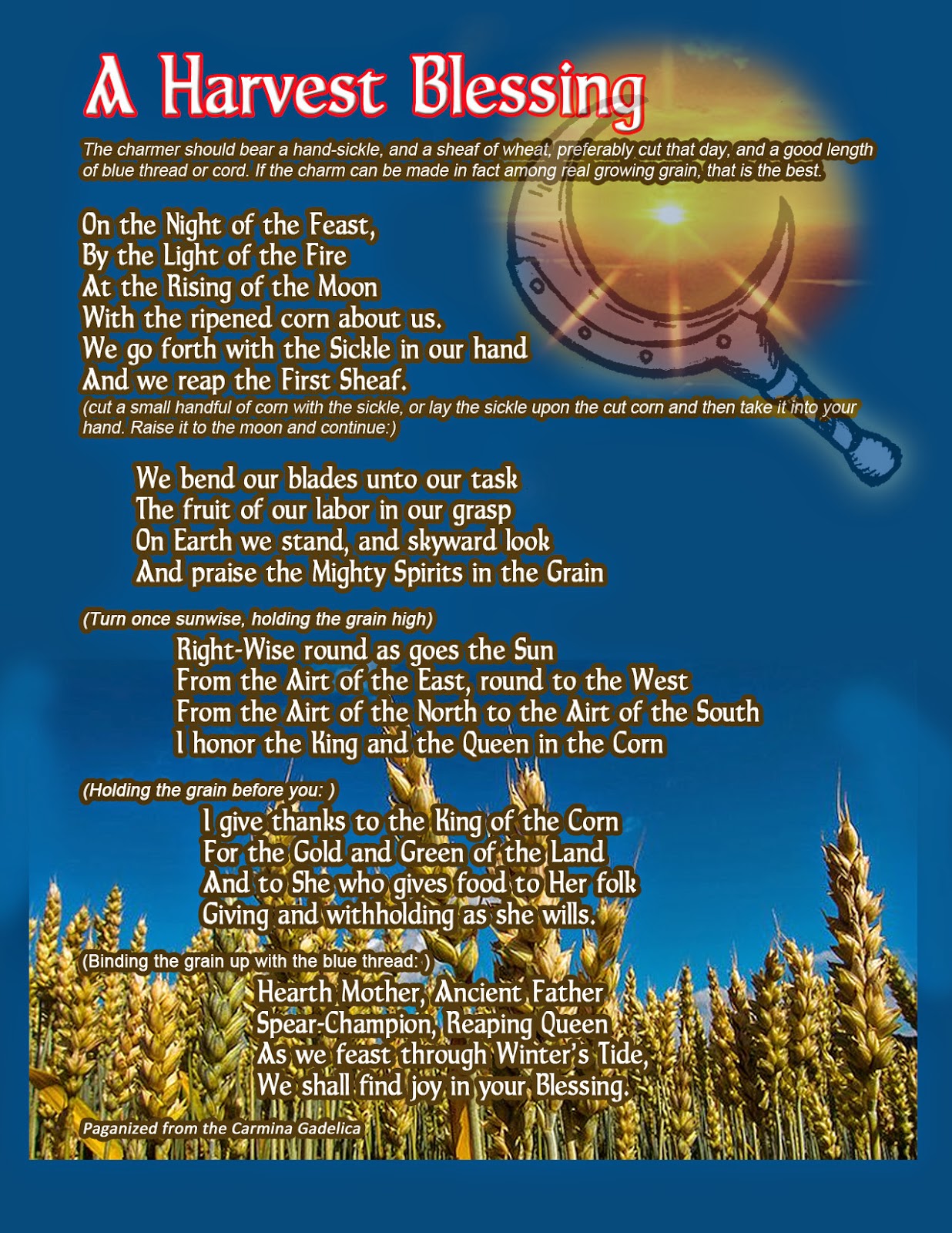 
Some may not know, but my old friend Jeff Rosenbaum has suffered a rapid onset brain-cancer which ended his life yesterday afternoon. Listen to this while you read, if you like:

It is proper, now, to speak of my old friend Jeff Rosenbaum, a man who was like a like a brother to me, over many decades. Sometimes closer, sometimes less so, but always loved as family. He has passed far too soon, his work still in progress, but he has left a legacy that continues to bring joy, wisdom and art to the world. 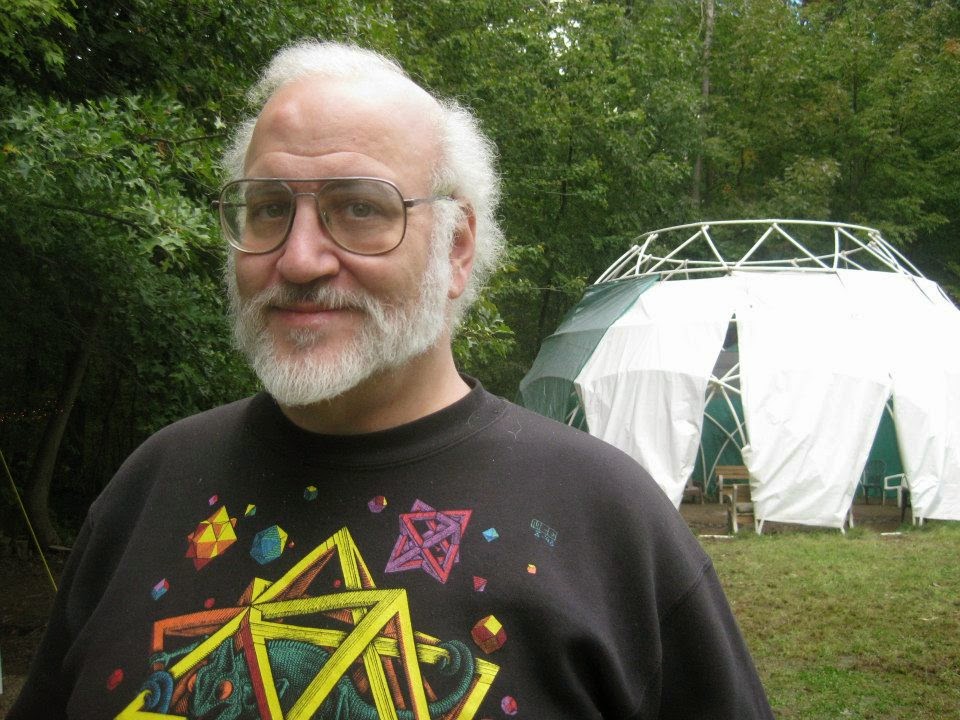 I met Jeff in the mid-1970s, through the Society for Creative Anachronism. He was, at the time, living as an Orthodox Jew, and was the baker of bread for the wonderful medieval feasts that the Barony of the Cleftlands (SCA in Cleveland Oh) put on. Jeff’s golden challah loaves won him the honor of royal baker to the king of the Midrealm.

But Jeff enjoyed baking more than bread, we soon found ourselves part of a circle of friends interested in experimental consciousness exploration, using methods ranging from those of Aleister Crowley to those of Timothy Leary. Many an evening was spent in contemplation of such things as the football-shape that the universe must assume when you look at it as a cross-time object, or discussing whether the Abyss was really as close as that tree’s shadow.

Jeff remained a student and advocate of traditional Judaism and Jewish culture all of his life, but his personal devotion didn’t survive his consciousness studies. Jeff participated in our late-70s experiments in eclectic Paganism, but in general he was more of a scientist than a religionist. While he surrounded himself with students and teachers of a variety of esoteric spiritualities he never personally identified as anything in particular except, perhaps, as a fellow traveler on the great voyage.

In the spring of 1977 it was Jeff who convened the meeting that founded the Chameleon Club and, later, the Association for Consciousness Exploration. The Chameleon Club was brought together by a mutual interest in mind arts and sciences and a quiet revolutionary optimism that we could make a corner of the world a cooler, freer, sweeter place. With an agenda drawn largely from “Cosmic Trigger” we set about hosting events as simple as showing movies at a Case Western Reserve University venue and as major as bringing Dr. Leary to Cleveland for the first time as he returned to public speaking in the late 70s. By 1980 we had bought into a house in Cleveland Hts. and were keeping an office as well, all managed by Jeff’s hard work, supported by the Club.

In 1980 the Club made a road-trip to the Pan-Pagan Festival. Pan-Pagan ’80 remains a historical moment, when 500+ Pagans and Witches gathered to share community. From that festival were born the majority of the round of “national festivals” still in business today. The Chameleon Club came home and immediately began working on what became the Starwood festival. Thirty-five years later that festival is still rockin’ on.

Starwood became Jeff’s love-child, his farm and his factory. It is a festival that drew on the Pagan community, yet included new science, environmental and political activism and performance art along with anything else cool we could drag into the woods. With Jeff’s guidance over the years the festival grew to provide inspiration, pleasure and learning to thousands of people. Generations of children have grown up with Starwood as their ‘church camp’, bands have been born, religious systems invented, all brewed in the bright, faceted jewel cauldron of the Starwood Festival.

It is entirely likely that none of that would have occurred without Jeff’s vision and direction, but he wouldn’t want me to give the impression that he did it alone. The Chameleon Club, and our later allies and heart-kin, were the family that made Jeff’s plans materialize. Yes, when our lives became busy and balls were dropped it was usually Jeff getting them back into the air. If no one else did it, Jeff did. His personal time, talent and treasure were devoted to making the Starwood community, and promoting Starwood’s ideals of beauty, freedom and growth. However he did it for and with others. Jeff never promoted himself overly. He never wanted “the credit” for the wonderful thing he helped to build, freely sharing that with the many staff and volunteers.

Jeff’s life can serve as a lesson that a devotion to ideas, to manifesting dreams, to serving a community can be fulfilling, and leave a lasting legacy. The Starwood Festival will continue, rolling on the solid chassis of Jeff’s old bus. The enchantment he helped to weave is only made the wilder by Jeff’s transition from at-the-desk manager to his new life in story and memory. May his atoms make new beauty, may his work grow new wonder, may his spirit find joy in its fate.
Posted by IanC at 8:19 AM 18 comments: