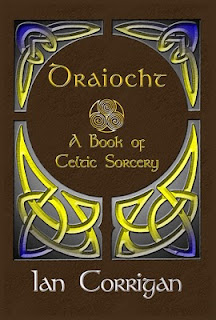 Having been All Excited about finishing the third month of the Nine Moons program, I’ve officially stalled the fourth month for one cycle. My mom passed just at Imbolc, which also happened to be just before new moon this month – that was enough to make the more challenging work of month 4 difficult. We had arrived at the end of month three barely prepared, physically, for the Full Moon work of that month, and were behind on prep for month four, so I declared a suspension, and we’ll take up the work again at the coming new moon.
This tells me several things. First, the program begins a serious jump in intensity and preparation for the second three months. There’s a multi-day meditation and trance exercise, and the rituals require more actual thought and personal prep than had been the case in the first third. I’ll need to put advance warnings in the final version of the book, to help students be ready for the increasing pace, or we’ll see more students stall at this point. On the other hand, if a student needs to stall, the message should be that the program hasn’t ended, and can be picked back up. I wouldn’t want more than a one month stall, just to keep momentum.
The good news is that I have been able to keep up and catch up on writing. I should be finishing month six before we get back to it, and I’ve finished the spirit arte piece. I mean to test that material soonish, but since I promised to make it available to readers here, which I’ll post as soon as I can get lulu to work, where it will be downloadable for a very short time (maybe a week, maybe a little longer). It will then end up in a new publication, available for festival season this coming spring and summer.
The new publication marks a change in my self-publishing strategy. I’ve been fiddling around with presenting some druidic info in a concise, grimoire-style format, with plenty of evocative art, etc, essentially various sorts of spellbook. While a few folks have bought them, (bless ‘em) it hasn’t been many. The spirit arte material makes a nice body of mostly-new work, and I have some backlog of items, especially small spells and charms. I’ve been throwing those in, here, and in these b-tier pubs for a year or so.
So all those older-format items will disappear from the Lulu store in favor of this new publication; a nice 200 page spellbook, with mostly new material. I just have to present some Druidic basics for those who buy the book because the cover’s cool. But most of the material is published only in these experimental pubs that have sat still.
So, if you’ve bought stuff with my High Day invocations, or the Virtues Prayers in it, or the Nine Invocations to the Tuatha De, that’s some pages you’d be re-buying… sorry. But the spirit-arte material is fresh, and so are most of the practical spells, a couple even brandy-new (though tested) from the Nine Moons. I’m putting it together in a popular format, but with a romantic or evocative typescript, indulging my enjoyment of fantasy books. There are folks out there doing what they call ‘talismanic publishing’ of occult books. While I won’t be able to offer craft bindings, I do see this as an effort in that direction. Maybe I’ll do a limited-run ‘signed and sigilized’ talismanic hardback. Too silly? Feels a little silly… cool though…
Posted by IanC at 6:40 AM 3 comments: 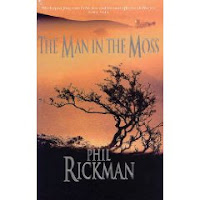 The Work of Phil Rickman
Especially:
Candlenight
The Man In the Moss
The Chalice
A Wine of Angels
A Crown of Lights

I’m always looking for some really good ‘occult’ fiction, or ‘spiritual adventure’ books. The best books of this sort combine realistic settings and characters with at least moderately realistic depictions of the occult, or magical practices, or the nature of the spirit worlds. Of course in a novel the magic tends to get amped up for effect, but seeing the forms depicted well is a bonus for me. A little ritual (or more), a nice sense of dread mingled with wonder, and as a bonus some nice writing on personal psychological and character issues make the sort of book I’m looking for.
I’ve been reading the work of Phil Rickman for years, and it’s consistently rewarding. His settings in modern Celtic Britain carry perfect authenticity, and his ear for both dialogue and dialect is excellent. He makes use a number of modern Pagan and New Age ideas, often depicting practitioners and normal folks newly involved in ancient mysteries. He seldom lets Pagan stereotypes, good or ill, stand unchallenged. Sure there may be quiet continuations of long-time folk societies in little villages, and yes, they may be both kind and, at need ruthless. These are, more or less, horror novels, though they are also whodunits and regional studies. The author is widely knowledgable (or does great research…). He brings us into the worlds of music production, sleaze TV, archeology and Celtic folklore and, pretty often, Welsh border politics.
The first three books mentioned above are part of Rickman’s early work, now sometimes hard to find, though cheap. My favorite is really Man in the Moss – a very cool exploration of the British Celts of the Pennines and NW England. His later novels have all focused around one ‘detective’ - Rev. Merrily Watkins, Anglican priest, occasional psychic and reluctant exorcist for the diocese. These supernatural mystery novels are set in Herefordshire, UK, near the Welsh Border, and the multi-novel development of her character is a fine achievement. Once again, bits of authentic lore are set to turn rancid in dark corners of a rural backwater, and our heroine must deal with the nasty things that are generated.
I just finished A Crown of Lights. It has one of the most telling and well-done depictions of the Wiccan/Pagan scene (albeit from 2001ish) I’ve ever read. The ordinary folks, the artists, the Pagan politicos are all nicely drawn, not without sympathy, but not prettied up either. They do fare better than the crazy preacher… or most of them do.
Looking at Rickman’s site, I find that I am behind on his output by some years. I mean to catch up, and will certainly be having a look at his forthcoming book on the Welsh Wizard, Dr. John Dee!
If you’re looking for something spooky to read that will actually make you feel smarter when you’re done, give Phil Rickman a try.
Posted by IanC at 5:51 AM No comments:

On the 28th of January my mother Dora passed away. It's taken me a while to decide that I should mention that here - Mom made every effort to know as little as she could about my Pagan ways, while being as open-hearted and accepting as she was of everything else about her family. In the end, I think it good to say her name, and remember her in public, which, I guess, includes here.
One evidence of her strength is that the family she left behind is pretty much sane, and we got through the attendant rituals and customs of her middle-American Christian culture with nary a raised voice. I spoke at her funeral, with only a bit of choking, and found her minister a good-natured guy who I'd enjoy having a beer with. The memorial was well-attended, bespeaking my parent's life-long tenure in their home town.
So, that's been keeping me away from blogging, a bit, though not from other writing. My projects have actually advanced, and have provided welcome escapism, in fact. The spirit-arte item is actually nearly done, look for some news this month. The Nine Moons proceeds, with the end of the 5th Moon in sight, and 6th underway.
I must thank my mom (and dad) for an upbringing that while never approving of my occult leanings, always encouraged books, ideas, learning and play. Despite her best efforts, I wouldn't be the weirdo I am today without her.
So, back to it...
Posted by IanC at 1:25 PM 3 comments: