The Court of Brigid – a Druidic Spirit-Working 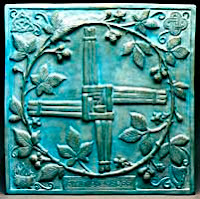 Having fairly recently completed a round of preliminary magical work, I have been feeling my juju oats. I have been looking around for (or waiting for inspiration about) ways to apply the insights I have gained in community and festival ritual. I have come to a plan, and am preparing to work it for the first time at the upcoming Summerland Gathering.

I have worked with festival ritual circles many times over the years. Even before my involvement in ADF I was attempting rites at Starwood that I called “Celtic Theurgy”. These were attempts to bring real, traditional magic arts to a festival audience, using ritual baths and preliminary visualizations, focused trance-work and theurgic invocation. Later, in ADF festival rites, I have done a number of workings intended to allow participants to make alliances with spirits of the Landwights and the Dead. These have often resulted in powerful experiences, and I know that a number of folks who did those rites work with allies from them to this day.

Traditional magicians may be concerned at the notion of working high-end (even middle-end) rites with a chance-chosen group of festival Pagans. I remain concerned myself, and take every measure to approach the work with care and piety. However, working inside a relatively focused mythic and ritual system such as ADF’s, at a gathering almost exclusively composed of members, helps a lot. Also good is that the magical skill-level of our membership has been generally increasing, thanks to more work by members on our basic and intermediate training programs. Those don’t let you get by without some skill at ritual, trance and vision. So in the case of the forthcoming working, I expect (hope) to have interested parties with some skill to help center the work. My experience is that if there is sufficient real magic occurring, even casual attendees can find themselves carried with the current toward good, valuable experiences.

The new working is called the Court of Brigid. It is a theurgic invocation of the Gaelic goddess Bríd an Ard-hAon, Brigid the High One, leading to a calling of nine daemons of that goddess. In those nine we seek spirits who will work with us as Druid magicians, helping us to accomplish our various works, all under the authority of the Goddess of Arts and Hearth. These active spiritual agents of the Goddess are not to be conceived of merely as ‘aspects’ of her, but rather we will seek to make alliance with specific living spiritual beings who aid the goddess, and are willing to aid us in her name.

I continue to cast about for the proper Irish term for a lordly messenger and independent agent of one of the Gods. I conceive such beings as noble members of the Court of the Sidhe, in the service of Brigid. As such they are indistinguishable, at base, from a Hellenic Daemon. I love the phrase ‘daemon of Brigid’ but my long aversion to mixing cultural elements so freely makes that unworkable. Presently I’m tending toward the term ‘Power’ as in ‘a Power of Brigid’. I find the term culturally neutral-to-positive, gender-neutral, with implications of magical might. I also like the direct transference from the tantric term ‘shakti’, meaning ‘power’ or ‘active ability’. Thus, I think I will refer to these spirits under the title Cumhachtaí Bríd – Powers of Brigid. An individual Power might be Cumhacht Casúr, the Power of the Hammer.

I mean to work this in a group ritual environment, using multiple seers in a group-vision. I will function as ‘Druid In Charge’, and also as the chief enchanter, assisted by L. Group participation will be high, focused on building the requisite vision, with simple litany recitation to focus attention and aspiration. Since this is a holy working, seeking only the blessed agents of one of our most beloved goddesses, we will not be using a circle, nor separating ourselves from the presence of the Nine Powers of Brigid. Care will be taken in the framing rites to place extra safeguards on the sacrifice ground and participants, with good purifications. The Gatekeeper in especially important to that effort and special invocation will be made to keep the Gates well-warded.

The rite will be open to all participants at the event, but I will be asking for those who wish to actively see and speak as seers to be sure to do the preparatory work. The preparatory discussion and preliminary vision will be held a day before the working, to let the ideas percolate prior to the rite.

I’ll post more here as I clarify the actual wording and detail of the rite. I am excited about this, and am feeling the inspiration of the goddess and my inner teachers moving me. As always, it remains my goal to bring the Old Ways into our time, by the work of magic arte. It is my privilege to have a group of skilled ritualists, such as we have in Our Druidry, to ask for help.
Posted by IanC at 7:17 AM

Oh I so wish I could be there. To be part of this would be amazing.

I also really wish I could be there... I hope to hear/read more of this working!

Despite not feeling any particular resonance with Brigid, I'm really fascinated and interested to hear more about this particular work. For the past year I've been doing rituals to slowly develop a relationship with these guys:

The "Sons of Pan" named in the Dionysiaca. I believe these spirits are (or at least could be) to Pan what the spirits you are seeking are to Brigid. I'd love to be involved in or at least observe some of your workings.

Matt - it sounds like we're on the same trail indeed. Where are you, geographically? It's the end of fest season now, but I'll be on the road with this kind of rite next summer.

I'm in Akron. I'm the Matt in the "Matt and Drake" who have been coming to the Lugh games the past few years. ;-)