Doubt (Why I’m Not a New Ager)

“I slept with Faith, and found a corpse in my arms upon awakening; I drank and danced all night with doubt, and found her virgin in the morning”

“We place no reliance on virgin or pigeon,
Our method is science, our aim is religion.”
Aleister Crowley

I’ve been wasting time on the computer, despite having Too Much to do. Since I joined Facebook, hanging out on the computer has changed for me. I used to waste time by hanging out in religion chat rooms on Yahoo (and on MSN back when they had free chat). That could be fun, though I’ll admit that hanging with chatroom atheists became even more tedious than chatroom fundamentalists. At least with the latter I could say the word ‘spirit’ without having to digress into secondary debate for a half-hour. The good news is that on Facebook I can select discussion groups that are really focused on topics that interest me. No surprise those include Druidry and Paganism at the top of the list. 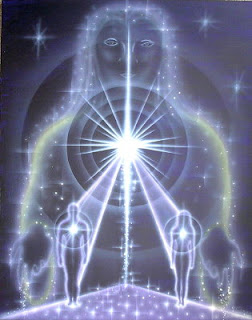 In past few days there has been a small wave of New Age visitors to one of the larger Druid zones. One woman tried to explain how the Voynich Manuscript contained the “lost language of the Druids” etc, and talked about ‘Druids of many races’ before ‘the murders’ etc. Another fellow wanted to apply Castaneda and the Celestine Prophecy to Druidism, and was looking for the Truth ‘behind’ all the world’s religions. All in all the fairly contentious Druid-oids on the boards were polite, though eventually the responses amounted to “Aw, come on…” In a few days the New Agers were gone.

One fellow described himself as a ‘possibility thinker’. He explained that when he looked at ideas his first impulse was to think about possibilities – possible connections between the ideas and other ideas, possible meanings, etc. This led him to embrace things like “The Peruvians *might* have learned or transmitted some of their wisdom through the ancient Druids.”

I found myself in sympathy with the notion of possibility thinking, and asked myself why I didn’t do more of it, and why the long-stretch possibilities embraced by some New Agers seemed so unreasonable to me. The fact is that my occult career has not inclined me to be ‘open to belief’. Rather it has inclined me towards doubt.

I suppose that’s the result of a lifetime of habit. After all, in order to even begin my journey toward Paganism I had to doubt the religious assertions of my parents and community. In the late 60s and early 70s when I was setting out the notion that all religions were part of some single great Truth was popular in some parts the witchcraft and occultism I was reading, but as far as I could see even from initial reading it just wasn’t so. I considered Blavatsky, Bailey, and the Theosophists to be nonsense on the face of it, once I read a bit, and the whole “New Group of World Servers” and suchlike early New Age stuff just wasn’t sorcerous enough for my aesthetic.

So, why did I find myself pursuing skepticism as I continued my occult investigations, where so many decide that wisdom lies in embracing lots of strange and new ideas? I dunno, maybe some people feel like a restrictive upbringing tells them that they aren’t allowed to believe in all these cool, different ideas that are out there. Thus when they reject the dogmatism and codified mytho-histories of traditional western religions, or of materialist reductionism they throw themselves open to anything that catches their imagination. 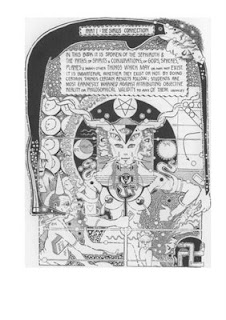 I was willing enough at first. I remained open-minded about Atlantis for a long time, waited for Edgar Cayce’s prophecies about California to come true, hoped that parapsychology would reveal the secrets of the inner planes to materialist science. Know what – none of that has happened. I guess as time wore on, and my own reading led me into scholastic basics, including the real prehistory of the world (i.e. the one they teach in colleges), real archeology (not 19th century archeology, that is) etc. Atlantis clearly became a non-starter. Blavatsky’s descriptions of the Hindu mysteries became untenable as I studied real eastern lore, New Age chakras, same deal. Maybe I was just lucky to have discovered thinkers like Crowley, Bonewits  (“Real Magic" was the best mix of skepticism and good magical advice available in 1972) and later Wilson. They made a fine antidote to, say Pauwels and Bergier.

Truly my whole occult intellectual history has been one of progressively disproving popular crap scholarship to myself. I started out really wanting to believe that modern Witchcraft was a survival of ancient Euro-Paganism, that secret brotherhoods of initiates maintained a lineage of wisdom reaching back into ancient days, that the Tarot was an occult cypher inherited from wizards of old. I no longer consider any of that true. In my migration into Celtia I learned that Graves was a fake, and that trying to fit non-Hermetic pantheons onto the Tree of Life produced bad mythography. I abandoned the idea that there could be one great mythic framework that explained all of “the mysteries”.

Anyway, I guess that I’m a probability thinker. While lots of things, maybe anything, may be possible, a much smaller set of things is probable; really only a few are likely in any given moment. I think that it is this kind of thinking that makes successful results happen. So at this point I exclude from my thinking almost all ‘speculative’ history, physics and cosmology, in favor of more traditional patterns. I consider western science to be the most reliable description of the material world, scholastic history to be the most reliable description of human history, and traditional magical and religious models (by which I mostly mean pre- or non-monotheist ones) to be the most reliable spiritual models. So in general I reject what I characterize as New Age alternative sciences and histories.

Now, one must check the bath for babies. Many real traditional methods and systems, as well as the few working modern innovations, end up shelved with New Age stuff. While many popularizations of feng shui, astrology, even energy-meridian work may be pretty much crap, that doesn’t negate their value when studied from real sources. But once I see terms like ‘Ascension’ or ‘Galactic center’ or ‘Pleideians’ I start to smell what I consider pseudo-wisdom.

I do apply this same skepticism to claims that I would love to accept. I don’t really care whether alien wise-guys want to help us, but if there were really secret survivals of ancient Pagan cults among families in Europe I’d be all a-twitter. I doubt that there are. Same deal with claims of Druidic survivals in Gaelic countries. I’ll believe them when someone produces some actual evidence of them.

This habit of doubt has taught me not to build complex webs of symbolism and prop them up as if they are True. The building part can’t really be avoided, if one is to do anything in magic. I’ve done my share of multiplying of symbols, invocations and ritual patterns, as well as various speculative mythologies. I still have not, after 25 years, created for myself a ‘pantheon’ of Gaelic Gods limited to a specific number. There are certainly reconstructionists more rationalist than me, given my willingness to go all-in for current revelation by the spirits, but I try to take a careful, scholastically-aware approach to how I mix traditional myth with current practice. 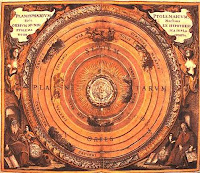 I suppose I’ve succeeded in internalizing Crowley’s advice, above. I ‘believe’ (i.e. it is my opinion that) that I live in a world constructed by my perceptions within my mind - by my sensorium and my neurological editing functions. I would like to think that humans have some deep, innate, perhaps divinity-linked ability to bypass sensory awareness and gain direct perception of reality. But I doubt it. I remain an agnostic, in that I don’t believe humans have the equipment to arrive at a certain and uncorrectable knowledge of reality. I choose fairly conservative working models of reality (barring that little business about the existence and influence of spiritual reality, my world-view is much like any scientist’s). I operate as if my working models were true, and to the extent that I get the predicted results I hold my model to be confirmed.

But no matter how elegant or satisfying, any model can be shot down with the next discovery. That’s that Method of Science thing….

Skepticism is true open mindedness. If you blindly accept or choose to believe ideas just because you learned them, you are closed to the real possibilities. You are closed to testing them. After a while you can become closed to your views being challenged.

Beliefs build and build. When one of the support pillars of belief gets kicked by a skeptic, the psyche can experience a painful distruction of what they've built. This is why folks defend their views until their dignity flys out the window. What's happening is they are trying to save themselves from their house of cards collapsing.

A skeptical mind kicks his or her own house of cards down on purpose. Then they build stronger versions, constantly kicking them down too. This is called testing and if we are to allow our psyches to build strong beliefs, we have to challenge them, which is all about doubt.

What a great read brother!

I can relate to so much of what you say.

I hope you don't mind that I sent this article to the Seers and Seekers group:

This I thoroughly enjoyed with a hear hear

First I found you on FB then i found your blog.I did not know you before.Now I see we have much in common.
In my twenty five or so years of wondering around the "Occult community",I have learned dogma in any form is blinding.Truth must ring through all the senses and yet there is always a muddling.

Amazing ! I had just been writing this tag for the bottom of my handout on the NewAge 2012 hysteria, and then I discovered your post...

NewAgers generally exhibit an extremely high degree of credulity. (“credulous” = “will believe anything"…)

In other words… New Agers care so little for the verifiability of their facts that they... lie."

Bravo friend! This was definitely a much needed breath of fresh air.